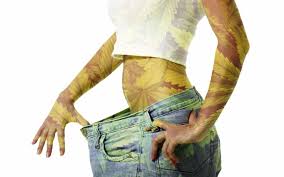 Oh no, we aren’t joking. Weed may be notorious for fattening munchies, late night trips to the drive-through, and many an hour stuck on the sofa, but researchers are beginning to wonder: why aren’t more cannabis users suffering from obesity? We’re about to give you all you need to know about how weed keeps you skinny: what researchers say about marijuana, weight, and diabetes.

Turns out, regular marijuana consumers have lower BMIs, a reduced risk of obesity, and perhaps even an easier time managing their weight.

Interesting, right? Here’s the scoop on how it all works:

The Perks of Being A Cannabis Consumer

Scientists at the University of Nebraska, the Harvard School of Public Health, and Beth Israel Deaconess Medical Center found that marijuana users had a smaller waist circumference than those who had never used cannabis.

Another 2011 study published in the American Journal of Epidemiology surveyed over 52,000 participants and found that overall, rates of obesity are about one-third lower among cannabis users. A bit of a conundrum, since on average, weed lovers consume around 600 more calories per day.

Turns out, the active component of cannabis may help kick your metabolism into overdrive. Tetrahydrocannabinol (THC) stimulates the production of a little hormone called ghrelin. Ghrelin is well known to the science community as a potent appetite stimulator. In fact, it’s so potent that it’s often called “the hunger hormone.” However, while this sneaky little compound is what drives us to eat, ghrelin also plays a vital role in helping our bodies break down and metabolize carbohydrates.

So, weed may give us the munchies, but it also helps us better metabolize our food by stimulating the compounds necessary to break it down.

How Is All This Possible? 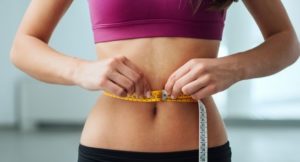 Three words: Fasting. Insulin. Levels. “Fasting insulin” refers to the insulin in your body prior to eating. Insulin is the hormone that helps our bodies regulate glucose, or blood sugars. These blood sugars provide vital energy for our cells, enabling them to function properly and keep us healthy.

In studying over 4,600 test subjects, researchers found that regular marijuana users had fasting insulin levels up to 16% lower than their non-using counterparts. The same 2013 study also showed that the herb-friendly test subjects had a 17% lower levels of insulin resistance.

Too much insulin also promotes weight gain, as excess sugars are converted into stored fat. Too much excess stored fat leads to obesity. So far, obesity has been targeted as the number one cause of insulin resistance that leads to Type 2 diabetes.

The research emerging about the interplay between cannabinoids and insulin regulation may lead to some major breakthroughs in the prevention of obesity and Type 2 diabetes, which both are correlated to high levels of unused blood sugars that are ultimately stored as fat.

It’s All About Balance 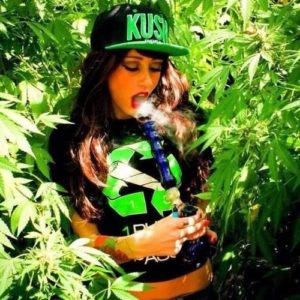 In conjunction with a healthy diet and regular exercise (even something as simple as an evening walk or an active lifestyle), some marijuana activists are turning to cannabis to help maintain a healthy weight.

“When you work with The Marijuana Diet you will watch your cravings drop away, and your mind become awake, aware, and creative,” explains Art Glass, Cannabis Activist and author of The Marijuana Diet. “Not only will it help you lose weight, but it will help you will find that you love the person that you are.”

Art wrote the eBook after losing 65 lbs using his own method. While the diet does incorporate cannabis, Art also walks readers through a process of healthy plant-based eating and simple exercise routines (hilariously termed as “sofa exercises”).

So, was it the weed or was it the healthy food and exercise? At this point, it looks like a good combination of all three.

Though no formal research has been done to put The Marijuana Diet to the official scientific test, one thing is certain: marijuana users are in fact skinnier than average, with lower BMIs, smaller waistlines, and less risk of developing obesity and diabetes.

If you’re looking for amazing weed infused recipes that won’t ruin your diet, you’ve stumbled upon the right site. Check out these superfood wonders:

Is cannabis worth a try as a diet agent? You tell us. Have you or someone you know successfully lost weight with cannabis? We’d love to hear your thoughts! Leave us a message in the comment section below, or give us a shout on social media. We can’t wait to hear what you have to say!

Tips In Getting The Best Value Dispensary Weeds
December 10, 2017

Would You Rather Have Joints, Blunt Or Spliff?
December 10, 2017

The Perfect Rolling Papers For Beginners And Experts
December 10, 2017