Vacation season is upon us and people will be gallivanting all over the country in search of a sunny weather and new experiences. States with recreational marijuana laws will be popular bastions for out-of-staters looking to spark up without feeling like they’re really breaking a major law.

If you’re coming to Seattle to enjoy the benefits of I502, here are some basics that will keep you out of the watchful eye of the law, and keep you in the local’s good graces.

Canna-tourism can’t begin without product. Just make sure you’re 21 and have a valid photo ID and pick a store. There are hundreds to choose from. Always grab a bag and a receipt, just in case you get hassled by a weirdo cop after having a bad day. And don’t blaze up outside of a pot shop, it doesn’t look good for anyone. Would you take shots in your car outside of a liquor store? Please take that shit elsewhere. 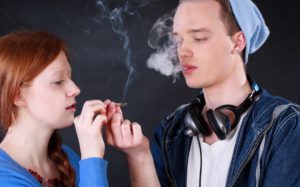 There’s a lot of gray areas here. Weed is decriminalized, but still federally illegal. If you’re in Seattle, people smoking in public is a common occurrence. You will regularly see groups passing blunts before and after concerts, outside of venues. Officially, if you’re caught by Seattle police, smoking in public only harbors a warning and a fine of $27, per Seattle.gov.

In the Seattle sub-Reddit, tourists asked about this very topic. The consensus? Just use common sense: Don’t smoke in immediate range of people who aren’t enjoying the herb with you, don’t smoke next to kids or infants, and be polite and respectful.

If you’re outside of Seattle, more caution is advised. Seattle may be cool with it, but there are plenty of towns throughout Washington that will seriously look down at public pot use. Best to use discretion if you’re traveling throughout the state.

There are plenty of places to stay in Seattle and Washington where you can smoke without worry. Kush Tourism offers a hub to plan your trip around cannabis friendly lodgings all around Washington. 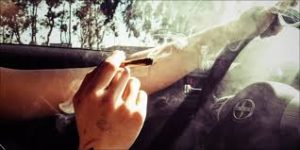 Just don’t do it. We all know conditioned pot smokers who can drive when they’re high, and we all know people who shouldn’t drive sober, let alone high. DUI patrols look for stoned drivers as much as drunk drivers since I502. passed. Use Uber or Lift or just wait to smoke until you get where you’re going. Because if you get into an accident and you’re high, it will get blamed on pot; no matter what the circumstances of the accident are. Anti-pot rhetoric is easy to fuel when lackadaisical stoners make poor decisions behind the wheel of a vehicle. Not to mention, your vacation is most likely ruined.

Tips In Getting The Best Value Dispensary Weeds
December 10, 2017

The Perfect Rolling Papers For Beginners And Experts
December 10, 2017

Would You Rather Have Joints, Blunt Or Spliff?
December 10, 2017